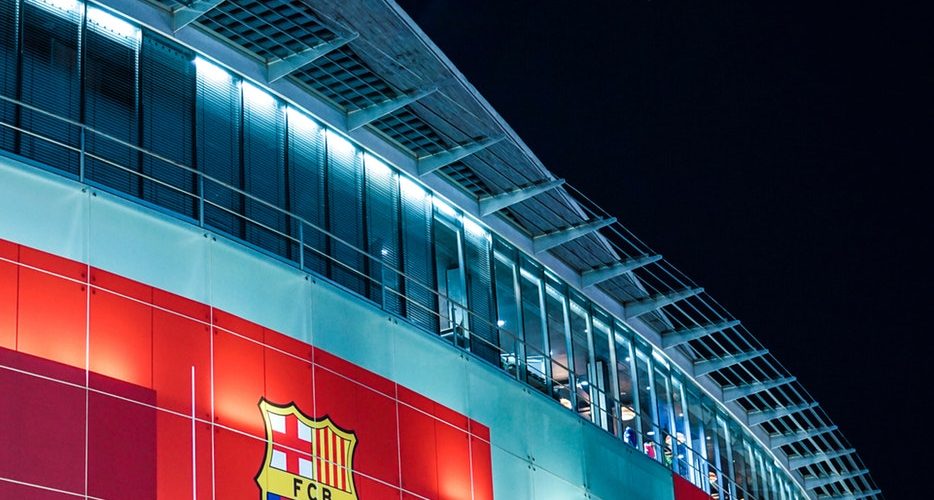 Do you ever watch football? Then you probably know Messi. We bet that the football superstar earns a lot of money with a fantastic private life when it comes to his houses and cars.

Lionel Messi is a world famous football player. His legendary name is engraved in the history of the sport. Football fans regard Messi and Cristiano Ronaldo as the best players of our time. FC Barcelona’s number ten makes a lot of money thanks to his talent for showing his spectacular skills to fans around the world.

The net value of Messi is estimated at 236 million euros.

According to Forbes, his annual salary from from 12 June 2017 is 67 million euros. Of course, Lio Messi can afford the nicest houses and the most expensive cars from well-known manufacturers.

They say that Messi has invested a lot into real estate in Spain and France. How much and what kind of ownership does the legendary football player have? Nobody knows for sure except Lio himself. But at the same time, it is believed that Lionel Messi owns two great houses in Barcelona, Spain, and one house in his native Argentina.

The house of Messi

One of Messi’s houses is overlooking the Mediterranean coast and is located in an expensive and prestigious suburb of Barcelona, Castelldefels. The house has three floors and is a fairly large building. Almost all around the perimeter there are open terraces and large panoramic windows. It provides a lot of sunlight into the rooms. The interior and exterior of this house is decorated in a Mediterranean style.

Inside the house of Messi

The interior of Messi has high ceilings and walls with a milky color. The floors in the rooms are dark brown and made of wood. The floor colors are a light beige. Some places of the house have walls which are decorated with beautiful patterns. The designer furniture is dark brown/light walnut. The upholstered furniture is in a milky color, dark brown and dark gray. The textile is in the same color. The kitchen is very modern. The house has a fitness room, which the famous football player uses to stay in good shape and fit.

When it comes to the interior, there aren’t many frills. Everything is simple and really basic. Designers have worked hard to make Messi’s house comfortable and very modern. In the garden there is a large open wooden terrace, perfect to completely relax. There is also a spacious alcove with a fireplace for the barbecue and an outside dining room. Of course, a luxury villa like this also has a swimming pool. We can’t imagine a luxury home without it!

The football-shaped new home of Messi

Then there’s Lionel Messi’s house that people just can’t stop talking about. The new Messi house in Barcelona is also beautifully built and designed. Together with the famous Spanish architect Luis Garrido, they came up with the idea of creating this beautiful masterpiece.

The house of Messi is made in the shape of a football with a design of a football field on it. The house is called the One-Zero Eco House. Apparently Messi lives here with his family. The wonder house consists of two floors and has cost the player around seven million euros. It is 35 km from Barcelona and has a view over the Catalan mountains. The Eco house perfectly fits into the natural landscape. Half of the football field where the house is placed is filled with grass. The same grass you will also find on the roof at the front door.

Looking from above you see the number 10, since that is Messi’s number. The “one” is the main entrance, and the “zero” is the house itself. One half of the house is covered with grass, the other half with glass. This Messi house has many modern windows from which you can enjoy amazing views. Additionally, the house is surrounded by terraces.

The house is divided into six identical segments. The partitions are made with the help of some light stones and the walls and terraces are made of wood. There is a lawn at the front of the house. The back garden has a huge swimming pool that is lined with marble. The separation between the lawn and the swimming pool symbolizes the separation of the football field for two teams during a match. They say that Messi’s new house is equipped with the very latest technical innovations.

The cars of Messi

It would be strange if one of the best paid players of all time did not have the newest and most prestigious car brands in his garage. Messi’s cars therefore consist of fantastic brands from the most expensive manufacturers: Maserati, Ferrari, Audi, Mercedes, Bentley and Chrysler. He didn’t even buy some cars himself, but they were simply given to him by sponsors. Let us highlight some of the vehicles that this rich football player owns. The first is Messi’s Maserati GranTurismo.

The Maserati GranTurismo S is equipped with a 6-speed semi-automatic transmission. It has a 47% front / 53% back weight distribution. It accelerates to 96 km per hour in 4,8 seconds. The car has a spacious interior, which is not really typical for a compact sports car. The machine is equipped with a robotic manual gearbox with six gears and 20-inch alloys. His Lexus 4×4 has sporty aluminum trim on the inside. It is also equipped with 18-inch wheels and consists mainly of a leather interior. It features modern, voice-activated navigation devices. The Maserati GranTurismo S can work on electrical power for short distances.

His Audi R8 Spyder is a two-seater sports car. It uses Audi’s permanent all-wheel drive. It has a sporty suspension with a dynamically mounted spring and damper combination. An Audi R8 Spyder costs around € 125,000-.

The Audi Q7 is an excellent family car. Thanks to the collaboration with the Audi brand, every player in Barcelona has a car like this. Messi often travels with his wife and children in this car on a business trip. The Audi Q7 is quite comfortable and safe.

The Dodge Charger SRT8 has a 6.1 L Half Engine with a capacity of 425 hp and improved brakes. It is the best car ever produced by Chrysler.

His Ferrari F430 Spider is an improved version of the standard Ferrari F430 sports car. The machine is equipped with aerodynamic simulation programs. The inside of the car may look simple, but the convertible is beautifully made. As you can see, Lionel Messi has cars for all occasions. Of course he is not such a compulsive collector as his eternal rival Cristiano Ronaldo. In any case, he has enough vehicles in accordance with his status as a football superstar. Messi has all the attributes of a luxury star: expensive and large houses and a decent choice of different cars.