The Benefits of a Green Facade

A green facade offers many economic, ecological and social benefits. For example, a green facade contributes to air purification, a lower ambient temperature, heat regulation and biodiversity in the city. Green facades are part of climate-proof construction. Moreover, people feel much more comfortable in a green environment than they are in a grey one. We have listed all the benefits below. 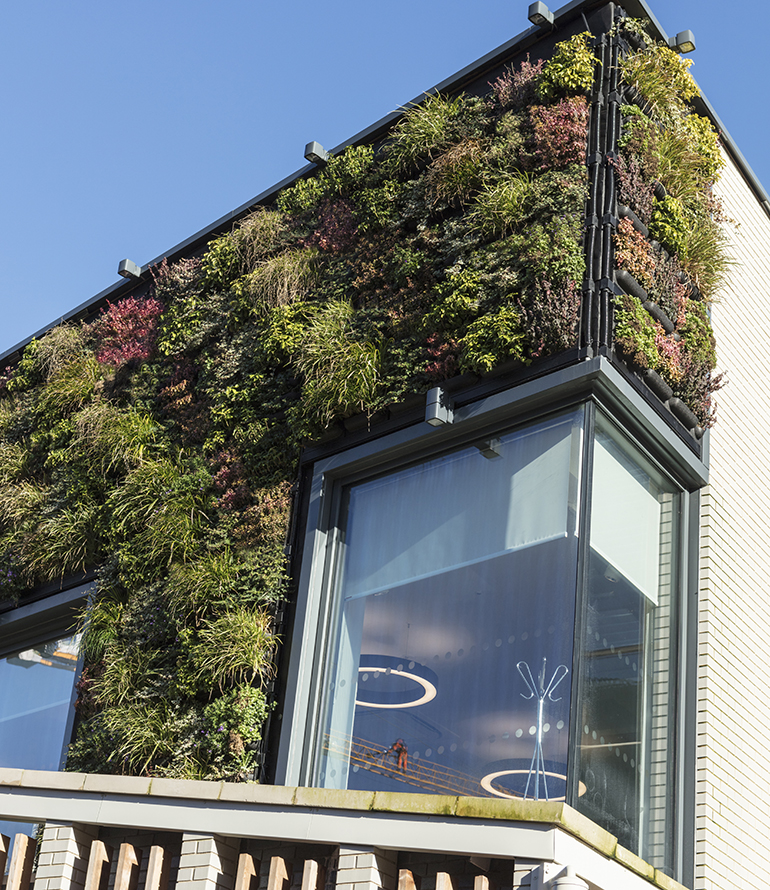 Plants absorb sunlight. Sunlight is 50% absorbed and 30% reflected. This creates a cooler and more pleasant climate. This means that for the indoor climate, the air conditioning has to work 33% less, which leads to energy savings. An outdoor green facade also has a positive effect on the heat island effect in the city. It achieves a reduction of 3°C in the city.

Reduces ambient noise inside and outside

A green facade acts as a sound barrier around your building. It absorbs noise by 41% compared to a traditional facade and provides more peace of mind both inside and outside your building. It provides a noise reduction of 8dB, halving ambient noise.

Green promotes a healthy indoor climate. Complaints such as irritated eyes, headaches, dry throat and tiredness decrease. In offices with sufficient greenery, there is a decrease in sick leave. 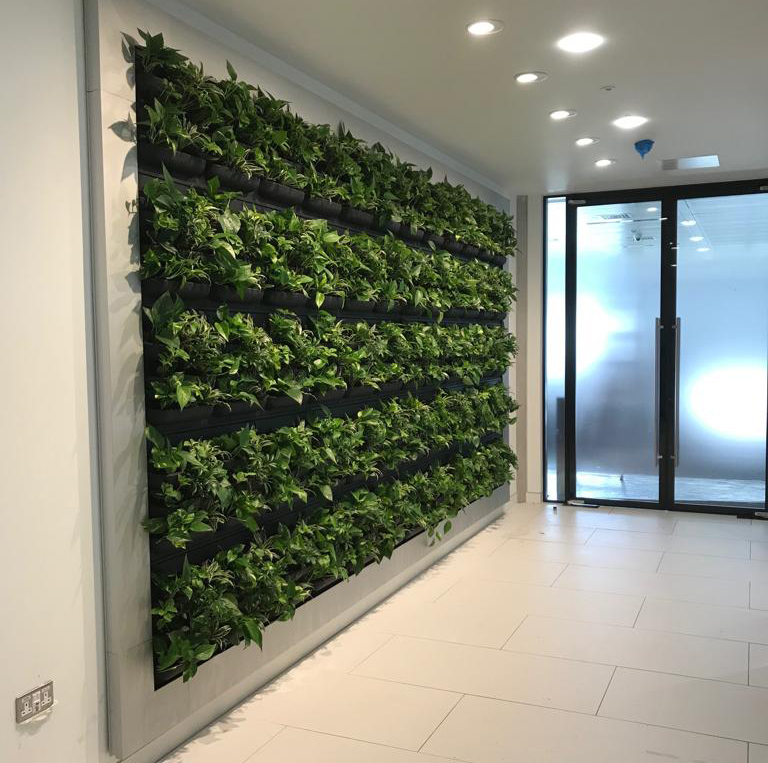 A green workplace with a living wall results in a 15% increase in productivity. Plants have a positive effect on people. This is also reflected in employee satisfaction.

Green promotes faster recovery of patients, resulting in shorter nursing times. The pain tolerance is higher in a green environment. This is also called a ‘healing environment‘.

Living and working in a green environment has a positive effect on people’s well-being. Green areas offer relaxation and reduces stress.

Plants naturally contain a lot of moisture. With a green facade, you create a natural fire-resistant layer around your house or office building. Moreover, a Sempergreen green facade system is the only one of its kind to have a fire safety certificate in the highest European class B – s2, d0.

Creates added value to your building

The natural and sustainable appearance, in combination with a reduction in energy costs results in an increase in the value of your property.

Extends the lifespan of your facade

A green facade offers protection against weather influences such as sun, rain, wind and temperature changes and thus extends the life of your facade.

The plants incorporated in a green facade promote the habitat of birds, butterflies and insects, especially in a city full of brick.

The green facade absorbs rainwater through water buffering in the plants and substrate. It slows down the drainage to the sewer, purifies the rainwater and ensures evaporation by the plants. In this way, the groundwater level remains stable and the peak load on the sewer is reduced and the resulting flooding is reduced.

No need to worry about maintenance

Thanks to a maintenance contract, you don’t have to worry about the maintenance of your green facade. We take care of the plants for you and make sure they display lush greenery all year round.

Working or living in a green environment brings people together. Small-scale greenery’ in particular appears to have a positive effect on social cohesion in neighborhoods. Neighborhoods with more green space suffer less from aggression, violence and vandalism.